Heroin - Is it really the scourge of a nation which is becoming more drugged-up than your Granny's bedtime? How exactly do we separate the fact from the fiction, the propaganda from the truth, the Velvet Underground song from some bloody bad earnoise?


Well, now with our help you will be able to, as we present this special report on the subject that is really getting under some people's skins-

Scary Stories from the Land of Shit.

First, fill your brains with some facts or else:-

Now you've had the facts, here's the truth:- 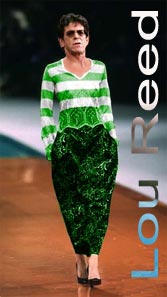 Next - The Rap Music : Urban Artform or a crime against Gary Numanity? Becha can't wait for that one, boy!

(If you have found this article enjoyable and stimulating and would like to try some heroin, please contact us, and we will sell you some).